After more than a few months of waiting, my France vacation had finally arrived!! My mom and step-dad had planned their first trip to Europe so that they could see me. After over a year of living in Albania, I was more than ready for some family time!

I packed my bag, got into a furgon and headed to the airport. Twenty minutes into the journey, we made a pit stop at a farmers house. The driver started loading a frozen goat carcass into the back of the vehicle. Of course, that’s where my bag was sitting. As I sat there, all I could do was hope that goat juices weren’t seeping onto my bag and the clothes sitting inside. I didn’t want my first moments in France to involve smelling like a dead animal carcass!

Luckily, my bag and I made it to Paris, both of us smelling relatively fresh after that journey. My own driver was waiting to take me to the hotel and I felt completely spoiled! But I was loving every minute of it! 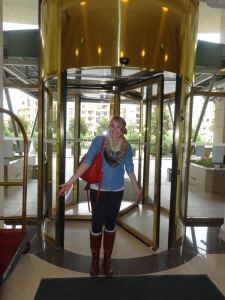 It was a surreal feeling to finally see them again, and I spent the next few hours pinching myself to make sure it was real. After some quick hugs, we made our way to the famous Louvre in the center of Paris for supper. The Louvre is one of the world’s largest museums and has more than 9.7 million visitors each year. This makes it the worlds most visited museum and with sculptures, paintings, drawings and archaeological finds, there is plenty to see! 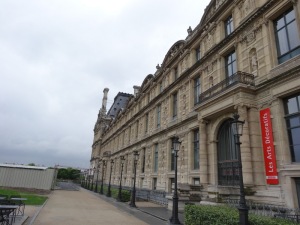 The next day, we headed to the train station to take the fast TGV train through the heart of France. The TGV trains regularly reach speeds of over 200 mph, which was an extremely nice change of pace from Albanian furgons! 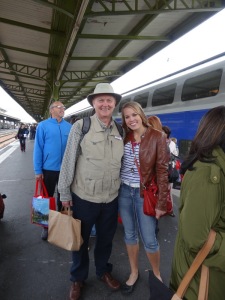 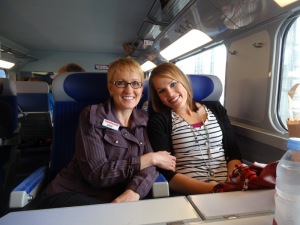 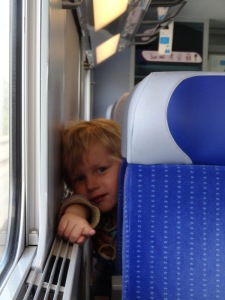 I made a boyfriend on the train. Such a cutie!

Our group made a pit stop at Pont du Gard, one of France’s most visited tourist attractions. Pont du Gard is an ancient Roman aqueduct bridge that crosses the Gardon River. It was built in the 1st century AD, is the highest of Roman aqueduct bridges and the most well preserved. It is surrounded by olive trees and also provides great swimming spots for many locals and tourists in the summer months. 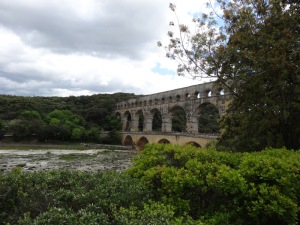 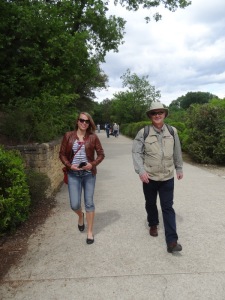 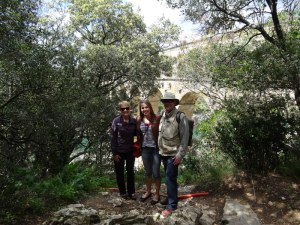 Continuing on our journey, we headed to the city of Avignon. Which is home to the Palace of the Popes and lies next to the Rhone river. The Palace of the Popes is one of the most important medieval Gothic buildings in Europe. In the 1300’s, it served as a fortress and palace to six popes. It was such a large building, it was hard to fit it in one picture!

Continuing down south, we headed to the city of Arles.

A famous Roman Amphitheater sits in the center of Arles. It was built in 90 AD and used to hold up to 20,000 spectators for chariot races and gladiator battles. Today, it still draws large crowds for bullfighting, concerts and plays.

There is also a hospital that Van Gogh stayed at and painted. Arles also contained many buildings filled with that French architecture that I have grown to love! 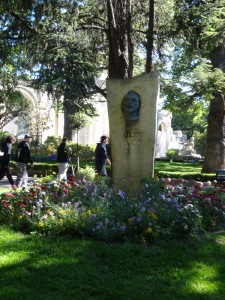 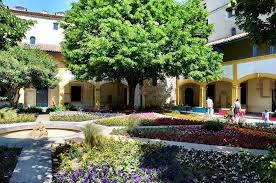 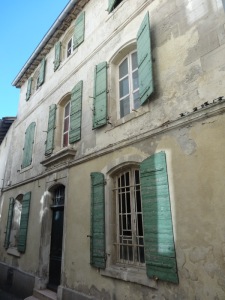 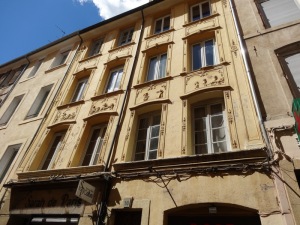 That evening, we headed to a local family farm in Aix-En-Provence. The land had been handed down through four generations and was now a successful and delicious restaurant. 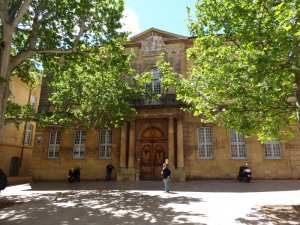 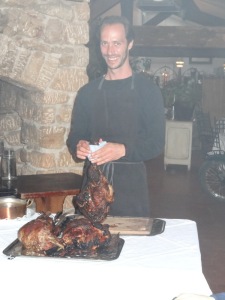 The next day, we headed to Saint-Tropez. Sitting on the French Riviera, Saint Tropez is known as a playground for the rich and famous. I also learned it is not the most friendly place to shop on a volunteer’s budget. With the sun shining, we took a short boat ride there and back. 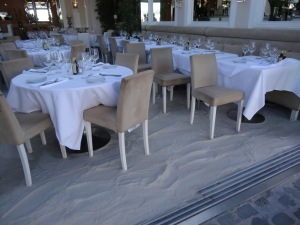 Restaurant with a sand floor! 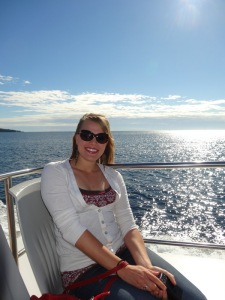 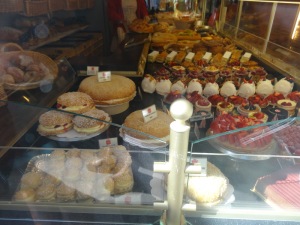 Where I proceeded to spend 12 euros on gummies! 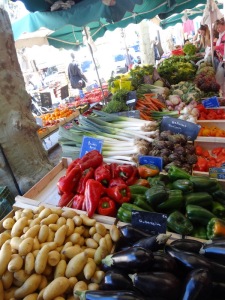 With the sun shining, we stopped at the Bay of Cannes before continuing on to the Principality of Monaco. 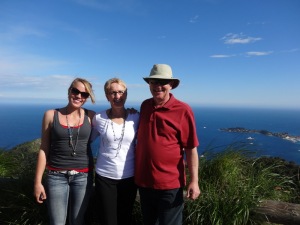 Monaco is the second smallest and most densely populated country in the world. It is governed under a form of constitutional monarchy, with Prince Albert ll as the head of state. 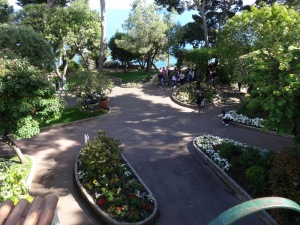 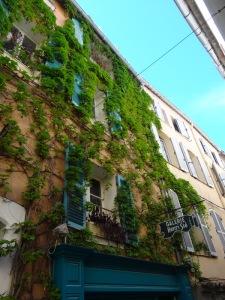 With only half of our itinerary covered, we had more cities to see, food to eat and time to spend together!