This past week, the speed of work has picked up at the health center. Pause for excitement!

We lined up to have a local driver take us to surrounding villages over the course of three days. We brought pamphlets, posters, educational books and vaccines with us. This has been one of the most productive weeks for my coworkers and I, which felt great. It also provided me with a unique insight into the health centers & hospitals of some of the smallest villages in my region.

Every morning, about half an hour before we were supposed to leave, I would get a phone call. My coworkers husband, would ask if I still wanted to go, what I was doing and that I should hurry so they didn’t leave me. I would thank him, become nervous that they forget I was coming and arrive 15 minutes early. Which was followed by 25 minutes of coffee talk as we waited for the driver to come.

One of the first villages we went to was located 15 minutes from Permet. They say, in the Peace Corps, that you will often feel like a celebrity. This is true, and all because you are an American. I am more used to being referred to as “American” than I am Amber. When we walked into the health center, this stayed the same. The nurse there, followed me around and kept smiling at me as she asked questions. My sense of personal space was completely invaded by this friendly older lady. Some days though, any human affection is welcomed. Peace Corps can get lonely. 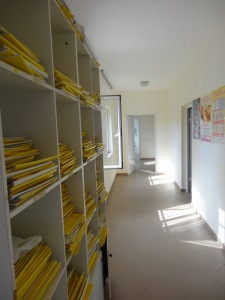 The patient files were stacked in shelves along the main wall. To say there is no confidentiality in the Albanian health care system, is a VAST understatement. Names, conditions, medications and a patients history are openly discussed. Whether you ask to hear about it or not. I have found myself, on multiple occasions, being told by a health care worker, what condition a person has. What medications they are taking. What they are doing right or wrong and why they can’t pay for their needs. This is usually followed be a complete history of their family and any and all issues they might have.

After the health center, we checked out the school.

Who wishes they had sheep to play with at recess?!

At the school, we made our way through the four different classrooms. The kids were divided by age and there was a total of close to 50 students that attended the classes. 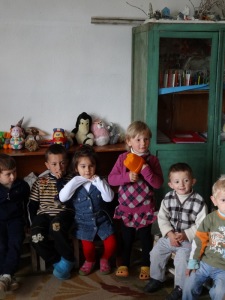 Most of the health centers in these villages served as the hospitals as well. If they were lucky, there was a doctor on staff. If not, there were only a handful of nurses. The staff were not only in charge of that village’s needs, but also of many smaller surrounding villages. They make house calls with one of the classic doctors bags you would only see in older movies now. The few I met, seemed drastically understaffed and overwhelmed. But never hesitated to sit down and chat with me about my family and where I am from. The coffee culture reigns supreme, no matter where you are at in Albania. 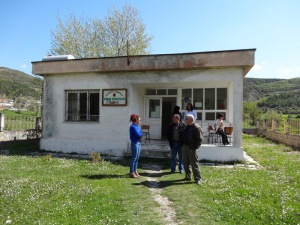 The health center, which houses one doctor and one nurse. 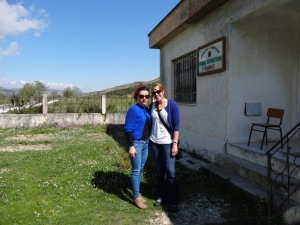 My coworker and I 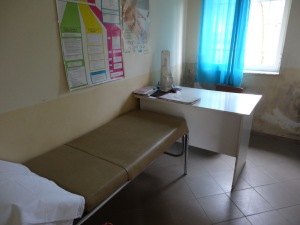 A patient room. With a black mold problem. But everywhere in Albania seems to have this. 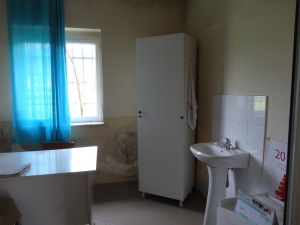 On our last stop, I found myself walking around the center alone. My coworkers had wandered off into another room. Instead of going outside and waiting for them, I pushed outside of my comfort zone. I was invited to sit with the doctor and nurse next to a heater in his office. We talked for the next 25 minutes about his education, the health care system and what problems it has. Of course, we talked about his kids, and my family and life back in America too.

On the way home, I sat in silence in between my coworkers. After four hours, my head had reached its maximum Shqip capacity. I was tired, and the terrible roads forced me to stare outside to try and keep my breakfast down. It did, however, provide me with the perfect time to reflect on all that happened in the past week.

I had watched as my coworker stopped the vehicle to throw up on the side of the road. Then calmly climbed back inside and asked me how my stomach was doing.

Laughed as I was being groped, poked and prodded by an older nurse in the health center, just because I am American.

Was jerked to a halt when the car had to stop every few miles so the herders could move their sheep, goats and cows across the road.

Listened while a doctor told me about the medication a Schizophrenic patient was on while he sat, staring at us from three feet away.

And finally, stopped for a moment and realized I haven’t even batted an eyelash, because it’s just another day in Albania.