The end of week four marked the time that we were getting our site announcements. And by end of the week I mean they literally dragged it out until the last possible moment of the week! Not knowing where you are going to be living for the next two years is a little daunting and so it is completely understandable that we were all getting a little antsy as the week wore down to Friday. 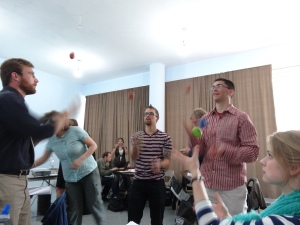 Learning how to juggle at Hub 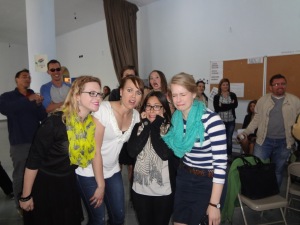 We just want to know!!

By the time 3 o clock rolled around I had started to get pretty nervous. They made us all stand in front of a map and played the song Final Countdown. It was dramatic but site announcements are a pretty big deal here. Genti then called out names one by one and our face would pop up on the map so we could see what city we would be move to in 6 weeks. 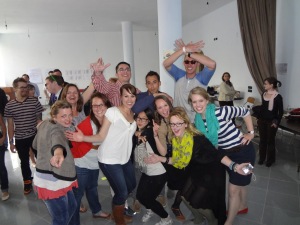 Excited to find out! 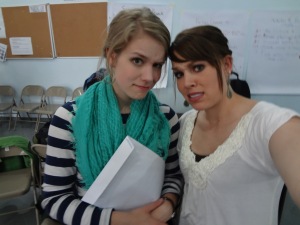 Why wont you just tell us?!

My name was finally called and I found out I would be going to Permet, a city in the far southeast region of Albania! Permet has around 14,000 people according to the information I was given. There are two mountain ranges that surround the city and also a river that runs through it. I can’t wait to see it in person and am already looking forward to visiting there in week 8 of PST.

You can find more information at: http://en.wikipedia.org/wiki/Përmet 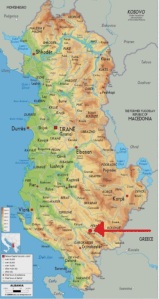 Arrow points to my new home! 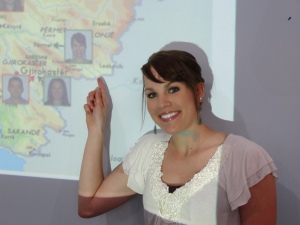 Peoples reactions were priceless and it was a weight off of everyone’s shoulders to finally find out where we will be going. 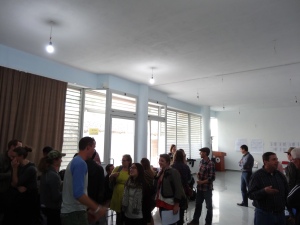 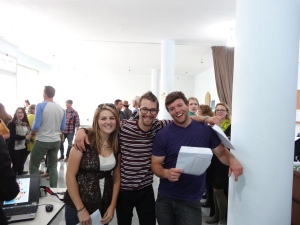 A few people from group 14 and 15 were around for the announcement so it was fun to go out afterwards and “Gezuar (cheers)” to our new sites! 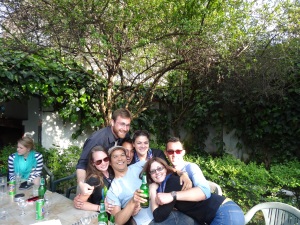 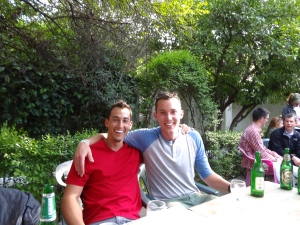 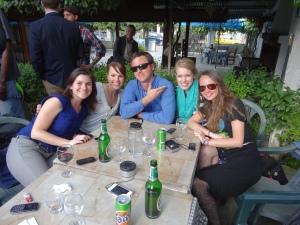 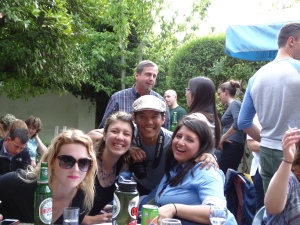